Does it not matter?

These days, it's getting pretty hard to traverse the internet without encountering the "Reverse snob"; especially in the photography realm.  Yes, this is the person who believes that having good equipment is a No-No and that creativity can only be unleashed with bottom-end equipment. He looks down upon the FX DSLR toting photographer as if the latter bought the camera to compensate for a certain deficiency. Fast aperture professional lenses? Useless for anyone who knows what "Real" photography is. Strobes? If you can't photograph in natural light, then you have no talent. And so on...

I usually tend to ignore these experts and leave them to their own devices, but with the advent of Instagram et. al, the signal to noise ratio has taken a turn for the worse. It has become almost impossible to have a sane conversation about equipment without a reverse snob butting in to share his profound thoughts. This post is a summary of all that I want to say to these gentlemen. I am writing this so that the next time I encounter this topic, I can just link this post as a response and save some time and effort.

Equipment matters, PROVIDED you know what to do with it.

Let that hang in the air for a second. Why did Saint Ansel pack giant 8x10s and wooden tripods up mountains if a tiny little Kodak Brownie would have sufficed? Why are fashion photographers using 40MP digital backs when the final print is only A4 sized? If you listen to some "Experts" such as the infamous Mr. Rockwell, 6MP is all that you ever need. Sadly, nothing could be further from the truth. While a cardboard box with a pinhole in it and a PhaseOne back can both technically record an image, the smart photographer uses the right tools for the right job. There is no such thing as a universally usable camera or lens. Sometimes, high end equipment is the difference between shot and no shot.

One of the first fallacies that's being propagated is that low end equipment somehow magically makes you more creative. Not so. Creativity is a singularity that's inherent in you. You have the same level of creativity bubbling within, whether you're shooting with an iPhone or a D800. The difference is, the iPhone presents so many limitations in front of you that you're constantly looking for ways to mask them (Cue Filters, hipster angles etc.). THIS is what's constantly mistaken as creativity. Doing a fake tilt-shift of crashing waves at a beach and adding some fake Velvia processing doesn't make you more creative. You're just being resourceful in covering up the deficiencies of that peanut sized sensor. At that exact same location, you could shoot with a 36 megapixel full frame DSLR with a sharp, fast wide angle prime and some ND and grad ND filters and come up with a different image. If using all that gear somehow makes me "Less creative", so be it. Out of the two images, I know which one I would want to show in my portfolio. 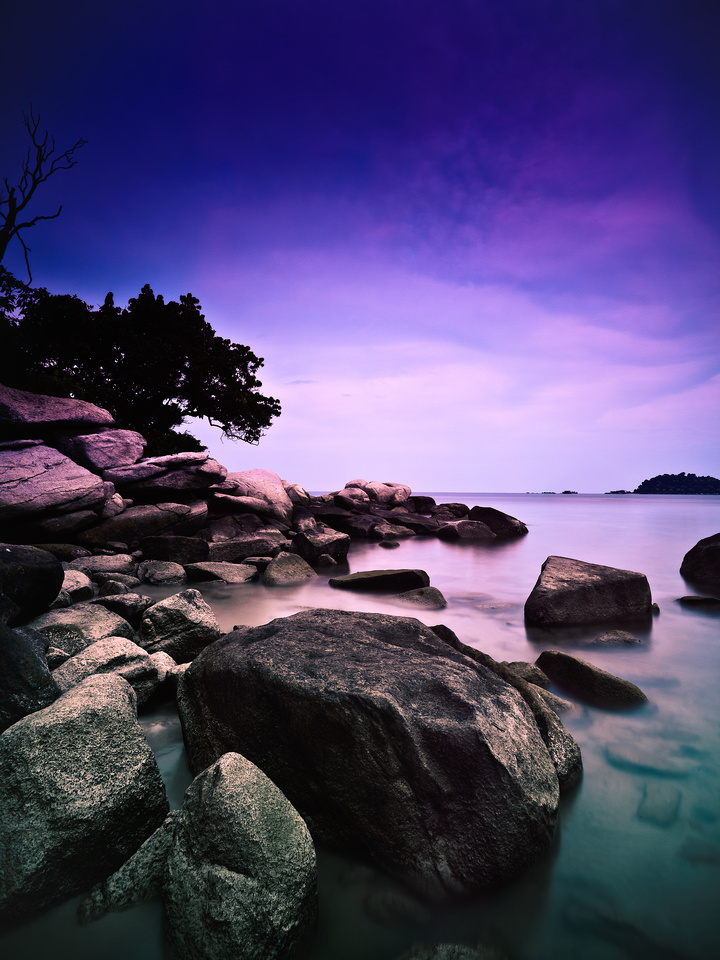 By the way, using 36MP for that image wasn't so that I can print it building size, but to have much more microcontrast and much less noise while downsampling. If you haven't realized it yet, a 36MP image downsampled to 3MP would have a lot more detail and a lot less noise than a native 3MP image. It also gives you a lot of headroom for retouching. THIS is why some of us shoot with high megapixels, Mr. Rockwell. Not so that we can print them a 100 feet tall and 75 feet wide.

This is also about the time when the reverse snob links one to some news article about an iPhone picture being picked by Time magazine or whoever to be on their cover. Let's think about that one for a second. More often than not, these shots are picked for their documentation value and because they are available before any images taken with more traditional cameras are ready. The technical quality or artistic merit of the image is irrelevant and what matters is that it is AVAILABLE. But that DOES NOT mean that other disciplines of photography such as landscaping, studio portraiture, stock photography etc. would and should make the same concessions.  Most of the images taken in these disciplines are only possible because of the specific equipment used.

Now let's look at specific usage scenarios. Imagine there's a football game in your city and you get press clearance to cover it. Pretty much every other guy around you would be shooting with two bodies, one with a 70-200 and the other with a longer prime. If equipment didn't matter, you should be able to match their output with a cameraphone and some "Cool" filters. But the fact is, you just can't. Professionals spend tens of thousands of dollars on their gear for the autofocus performance, the optical sharpness, the high ISO performance, the reach, the subject isolation etc. that they offer. Without that gear, those shots simply won't happen. You can't argue against science, folks.

Or how about something that's a bit slower? Imagine that you were commissioned by a real estate agent to take pictures of a brand new apartment that needs to go up on his website. Professionals use wide angle Tilt/Shift lenses and fill flashes for these jobs. They are essential in ensuring that there's no keystoning in the shots and that the rooms are adequately lit. You often work in tight constraints when it comes to space, so nearly all pros prefer full frame cameras for this. Think you can match their output with your phone? Does equipment not matter?

The fact is, sweeping statements such as "Equipment does not matter" are stupid. If you're even remotely passionate about photography, you shouldn't be making such statements as you're putting yourselves on a tight leash  by doing so. Yes, there are specific scenarios where a low end tool might work. But that in no way means that this is the universal truth for all scenarios involving photography. The smart photographer chooses the right tools for the right job. For instance, the image on top of this post was taken with a Nikon V1 (Review coming soon). It's got a sensor that's a fraction of the size of my D800. But I chose that camera for my trip because I had to travel light and it was the ABSOLUTE MINIMUM I needed to capture the images I had in mind for the trip. A D800 would have given me more detail and dynamic range in that shot, but the V1's output was "Good enough". That does not mean that equipment doesn't matter. Attempt the same with a phone and you'll end up with an image with a lot less dynamic range and a lot more noise. Unacceptable for this image, but perfectly OK for a picture of your dessert that evening. 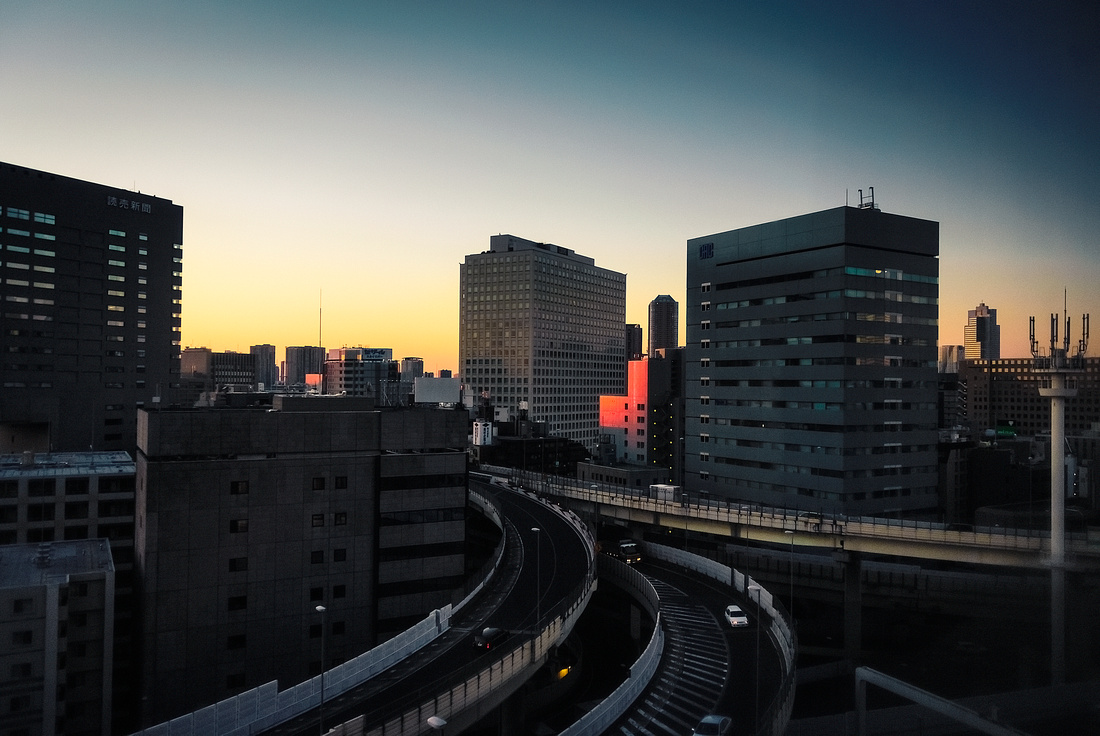 "The best camera is the one you have with you".

One of the most mis-used statements in the history of photography and the mantra of every reverse-snob ever. Yet Chase Jarvis, the man who coined that statement always shows up for a job with his D4 and his D800, not his iPhone.

Co-incidence? I think not.

Support this site by buying your camera gear from the below link:

Sandeep Murali | Photography
Thank you!
Ben(non-registered)
excellent post
No comments posted.
Loading...
Full disclosure:
This site is affiliated with Adorama Inc. However, I do not get any free equipment from them, nor am I required to get prior approvals from them for my posts. If you shop through the Adorama banners on this site, you will not pay anything more than you would otherwise, but I would be receiving a commission from them.