Let me just start off by saying that. Recently, I upped my gear arsenal with a couple of very affordably priced, yet impressive items from the Nikon stable, the D7100 (Review and comparison with the D800 coming soon) and the 85 f/1.8G. I quite like the 85mm on a crop body and the duo have delivered some impressive samples in the early days of testing. However, it was when I put the lens on the D800 that it started to sing.

When I shot my usual test scene, i.e. the view of the city from my window, I was astonished at the details I could see on the LCD screen itself. To be double sure, I imported the file into Lightroom and by golly, I was right. The detail it manages to extract out of the scene was superior to every other piece of glass I own. Curious, I decided to shoot the same frame with my 70-200 f/2.8 VR @86mm (The closest I could get. The zoom ring has no marking for 85mm). I used the same settings (f/8, 1/320s, ISO 100). Brought both files into Lightroom, applied the same edits, which are as follows:

That's it. You can see both images below: 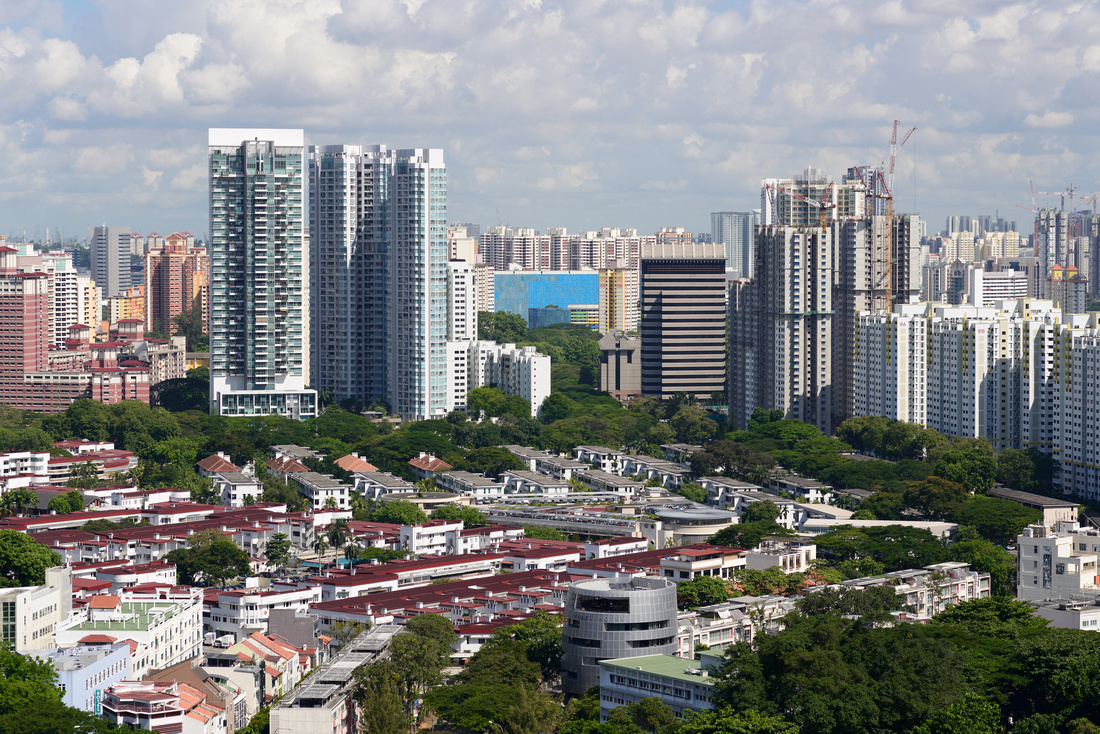 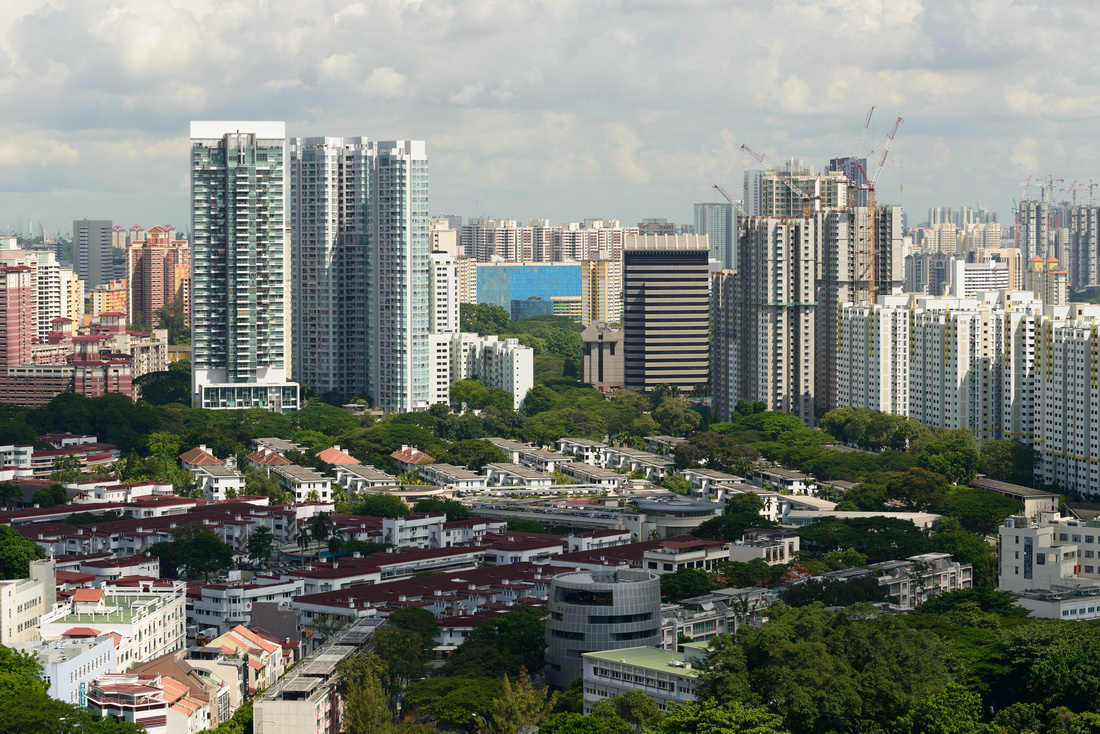 Everything looks fine and dandy at this magnification, right? The only observable difference is that both lenses have different color renderings. The prime is a bit cooler and the zoom, warmer. I much prefer the former for this type of scene.

Ok, now let's take a look at some crops. 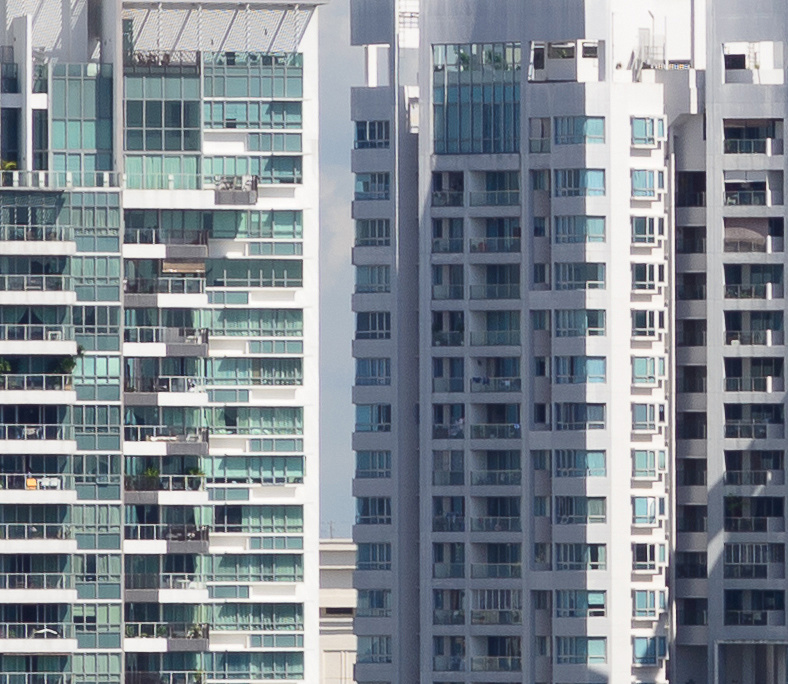 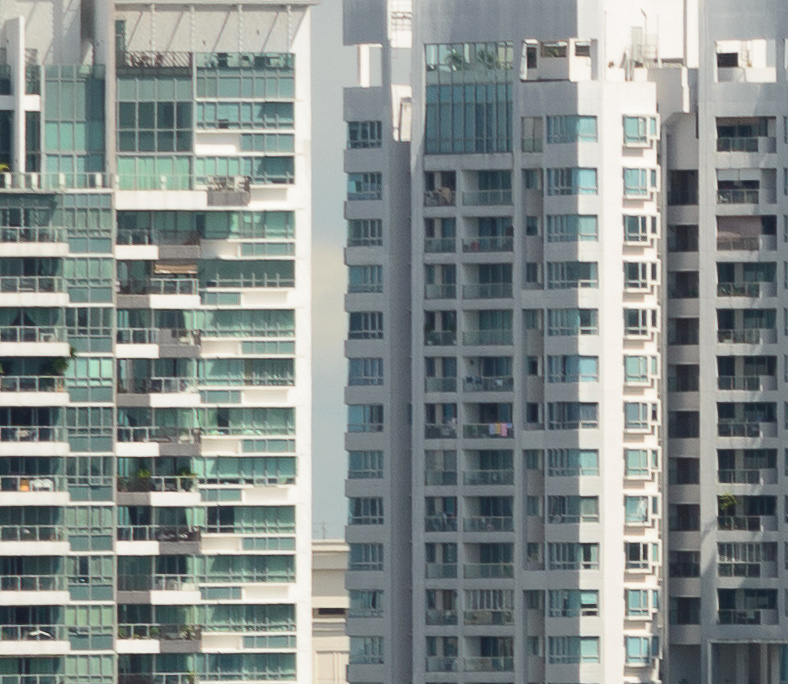 How does that look to you? Remember, these are shot at settings at which pretty much every lens would be at its best.

Let's look at another set of crops. 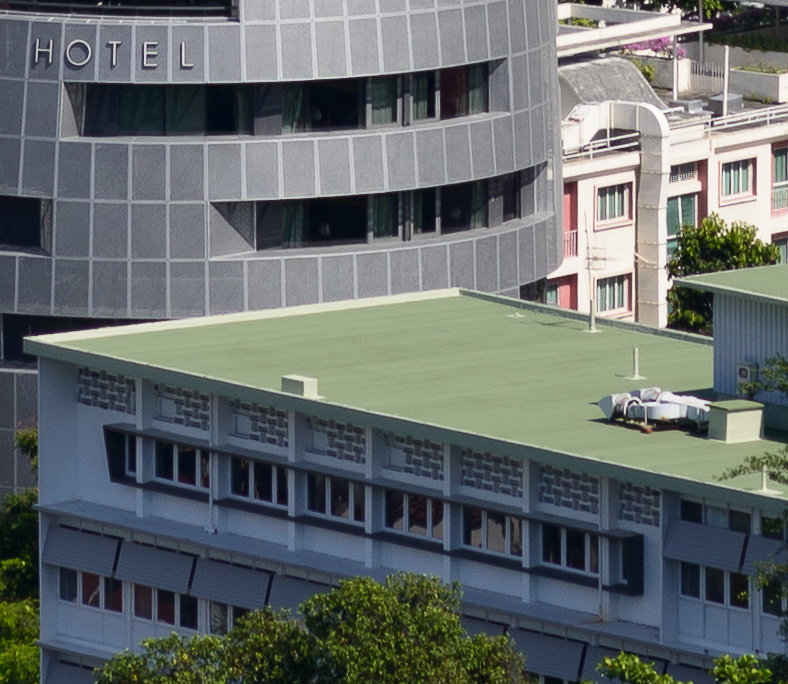 Again, the differences are quite apparent. Both these crops are from the "Meaty center", so now let's take a look at extreme edge crops. 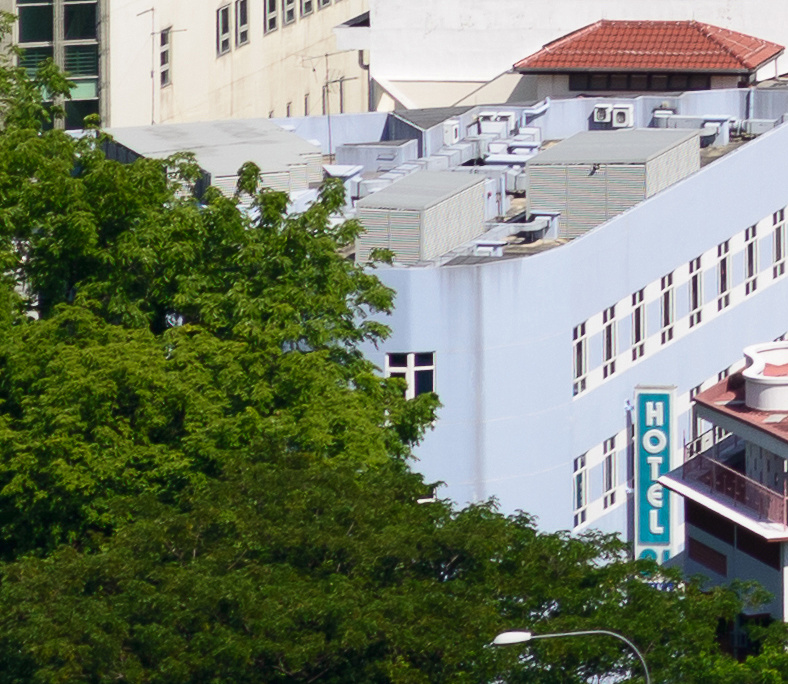 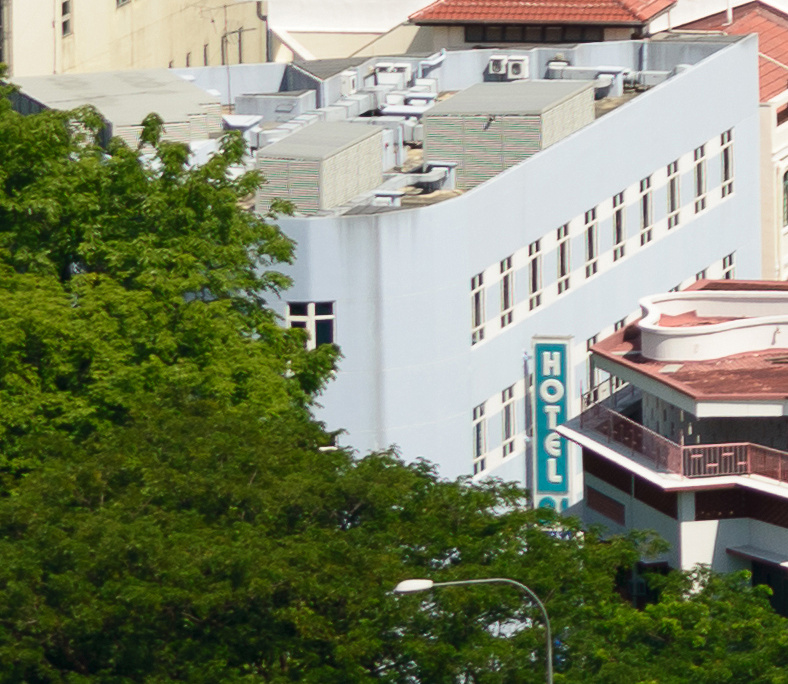 Wow. This isn't even close. The zoom is completely embarrassed at this point. Funny observation. Both samples have moire in them, but the sample from the prime cleaned up better using Lightroom's adjustment brush. Why? I have no idea.

Here's a crop of fa away detail. 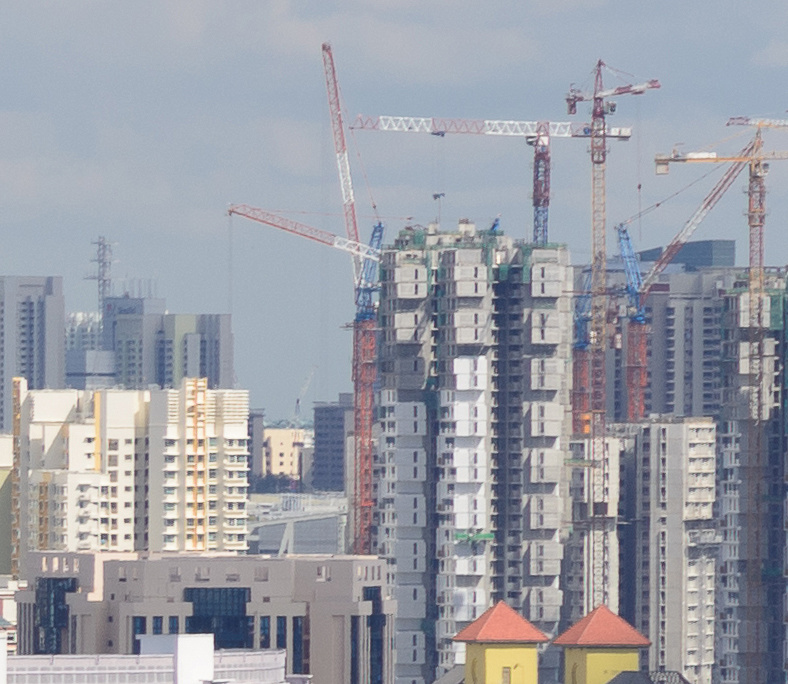 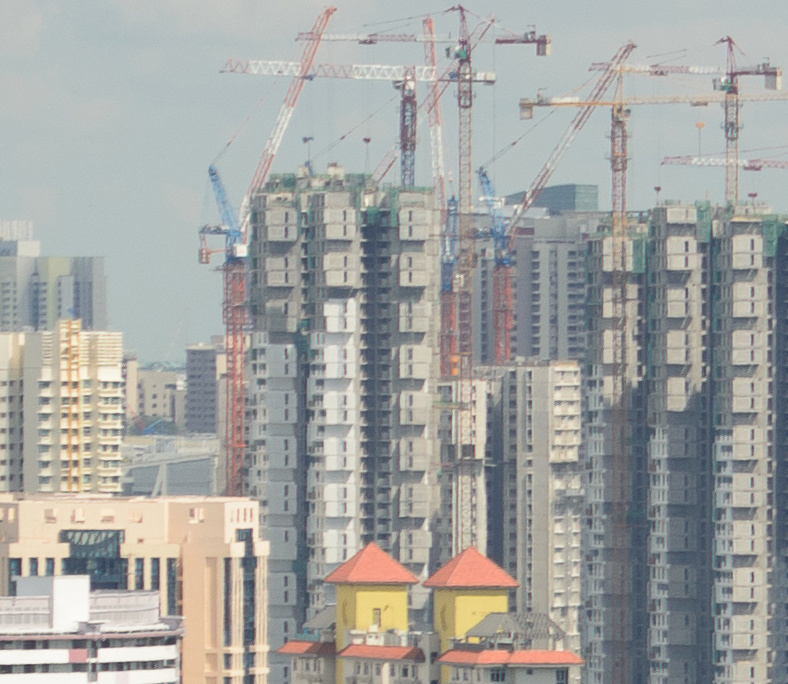 Again, the prime is just so much better.

Remember, these images are just presharpened. I applied a proper high pass sharpen to the sample from the prime and it almost bled my eyes with detail. Truly medium format territory there. 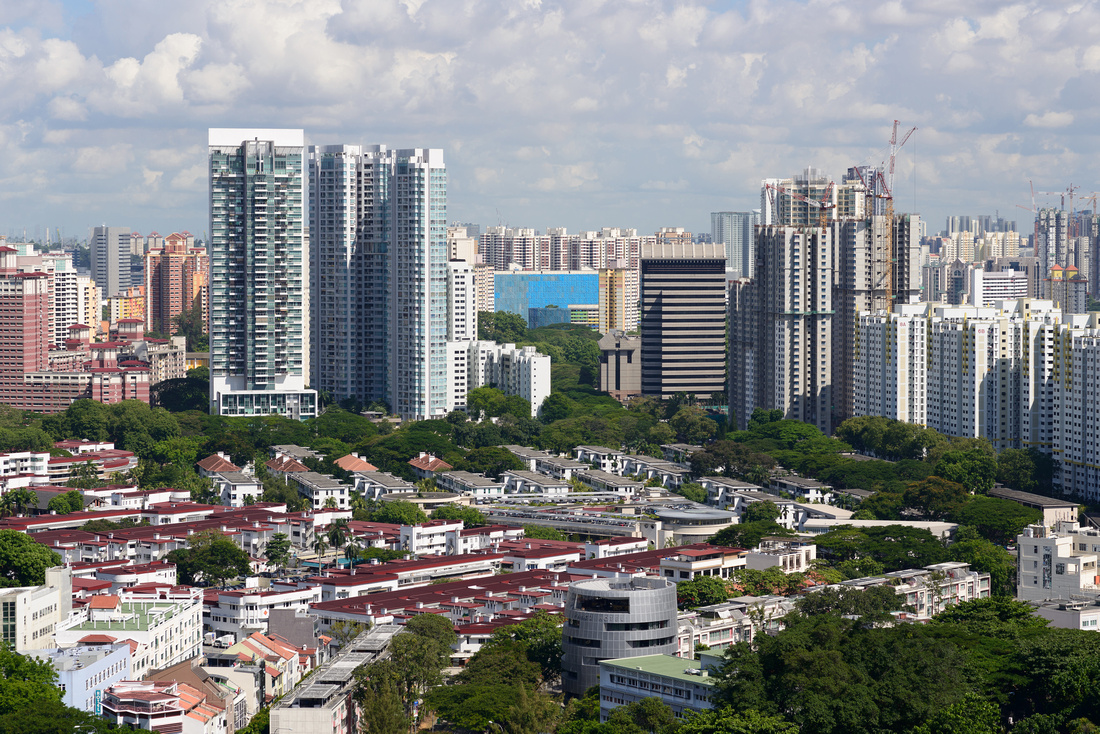 This test has got me seriously thinking of getting rid of the 70-200 and replacing it with the newer version. Nikon is yet to release a modern 135-180mm prime, so I would need a zoom in this range to do portraiture. I guess I will rent the newer zoom to see how it stacks up against the prime as well.

Before anyone says that this is just pixel peeping madness, it isn't. You WILL see a difference in print. As several have said,t he D800 is a camera that demands the very best in terms of glass. Slap on something sub par and the results are truly underwhelming. But put on some quality glass like the 85 f/1.8G and the camera just sings!

All samples can be downloaded at full resolution here:

Support this site by buying your camera gear from the below link:

No comments posted.
Loading...
Full disclosure:
This site is affiliated with Adorama Inc. However, I do not get any free equipment from them, nor am I required to get prior approvals from them for my posts. If you shop through the Adorama banners on this site, you will not pay anything more than you would otherwise, but I would be receiving a commission from them.